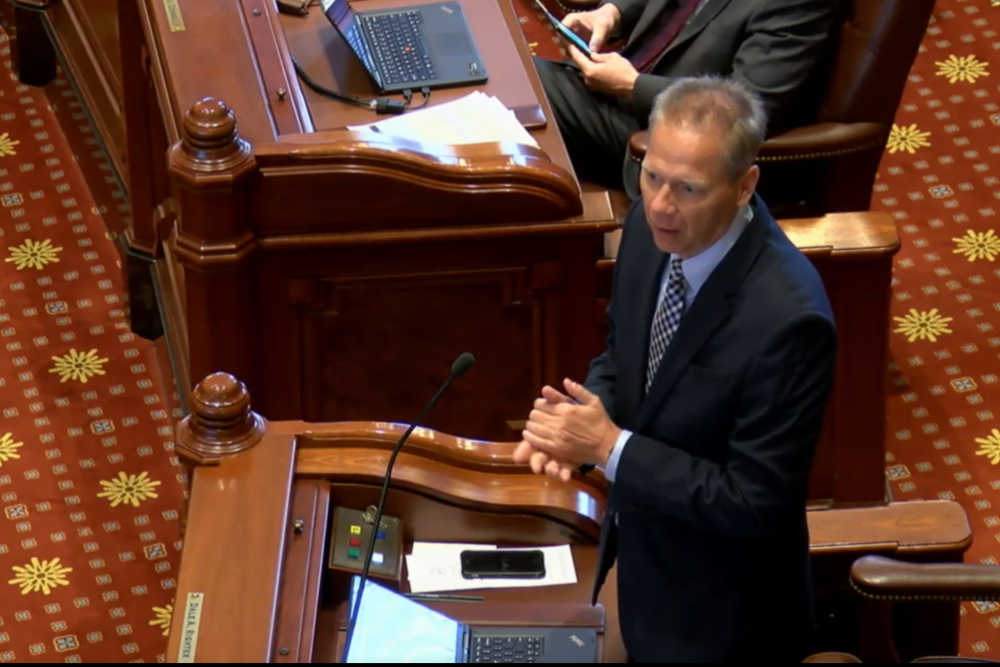 Illinois state Sen. Dale Righter (R-Mattoon) is pushing a proposal that would ban state legislators from working as paid lobbyists.

“The recent revelations — including the indictment of a House Democrat who worked as a paid lobbyist and allegedly attempted to bribe another elected official — make it clear that the practice should be banned,” Righter recently said in a press release. “Those who would suggest we can resolve these troublesome ethical and criminal conduct issues by tinkering with regulations involving disclosure and registration are, in my opinion, missing the big picture. There is a culture of corruption surrounding the capitol, and banning lobbying by legislators is a step toward resolving these issues and restoring public confidence in the legislature.”

Senate Bill 2302 seeks to expand the ban to include soliciting the executive branch of state government and any communication with an official within local government for the purposes of impacting an outcome. The ban, which comes in the wake of longtime state Rep. Luis Arroyo (D-Chicago) recently being forced to step down in the 3rd District after being nabbed on bribery charges, and state Sen. Martin Sandoval (D-Chicago) being pressured into relinquishing his post as chairman of the Senate Transportation Committee after being implicated in a kickback scheme, would also apply to a legislator’s spouse and any immediate family member that resides in the same home as the lawmaker.

Righter also recently came out in support of legislation that would ensure independent investigations of members of the General Assembly. Presently, the Legislative Inspector General must get authorization from the Legislative Ethics Commission before opening any investigation of a lawmaker except in cases where sexual harassment is being alleged.

“What we have is a system that creates the potential for wrongdoers to be protected and legitimate investigations to be prevented, perpetuating this unchecked culture of unaccountable and irresponsible governance,” Righter said.

Want to get notified whenever we write about Illinois State Senator Dale Righter ?

Sign-up Next time we write about Illinois State Senator Dale Righter, we'll email you a link to the story. You may edit your settings or unsubscribe at any time.